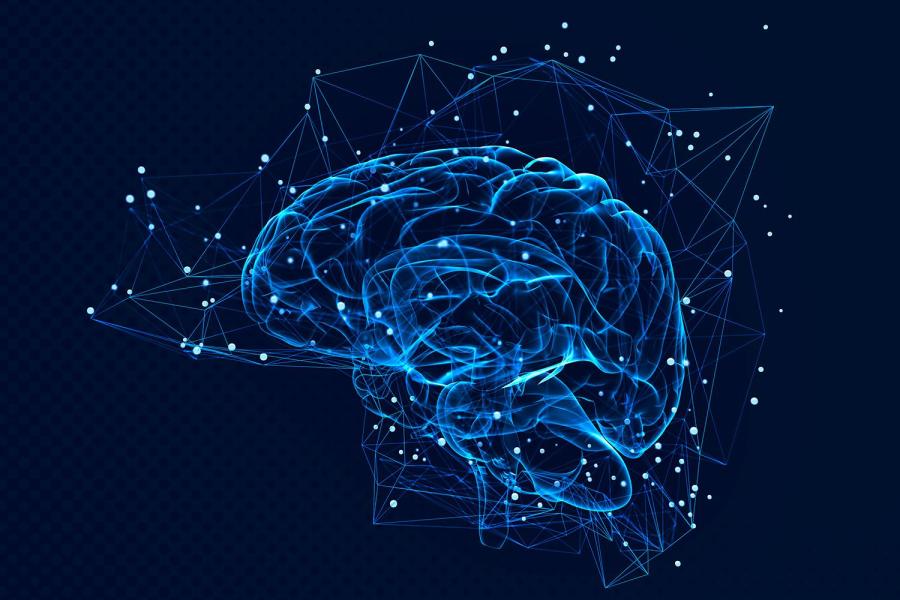 Late last year, I suffered a stroke. The doctors tell me that I was lucky, by which they mean I survived. On the whole, I’m not certain that counts as luck. The left side of my body was all but paralyzed. I can manage to move my leg by swinging it like a club, but all dexterity is gone. My hand is useless, its feeble movements too erratic to even hold a book. My speech is slurred into incoherence, and I have a hard time making the words I want come out, anyway. Children point and whisper when I’m out in public. I can’t blame them. Half of my face hangs slack, the muscles drooping until I look like a wax figure left out in the sun.

But I was lucky. I get to live like this. I spent weeks in the hospital, months in physical therapy to learn how to walk, to speak, to eat without drooling all over myself. Everyone in the hospital was so nice, so understanding. I couldn’t stand it. Their reassurances that I was doing fine, that I looked all right, didn’t change my awareness of my situation. I was not fine. I was not all right. I was broken and hideous. I was irreparably damaged. None of their techniques and instructions were going to bring back who I was. They were just intended to teach me to cope.

None of that was their fault. So I smiled with half of my face and nodded my thanks and quietly hated what I had become. I knew they were doing all that they could, but still I spent my time online looking for better answers than what they were giving me, searching for hope that there was a miracle cure out there somewhere.

And then, astoundingly, I found it. I came across a doctor looking for patients like me, stroke victims with profound loss of function. He offered an experimental treatment which had demonstrated some success so far in animals, and he was looking to move on to human trials. Few details were provided, but it gave an email address to contact and promised a quick reply.

I slowly typed out my message with my right hand, outlining my situation and explaining why I felt I was a good subject for the experiment. I then sat there staring at my computer, waiting for a reply, until I realized that that was what I was doing and forced myself to go to bed.

The next morning, I had an answer in my inbox. It looked mainly like a form letter, but it started with the words I’d been hoping to hear: “You would be an excellent candidate for this procedure.” The rest of it was details on the procedure, which frankly sounded fairly horrific. The doctor was proposing a partial brain transplant, replacing my damaged lobe with one from a deceased donor. Potential side effects included severe memory loss, total paralysis, loss of language ability, and death. I would need to fly to South America for the procedure, which I interpreted to mean that it was very illegal in the United States. And of course, I and my next of kin had to accept all associated risks completely, absolving the doctor of all blame if anything went wrong.

I didn’t even blink. I wrote back accepting their terms immediately.

We sorted out the details over a few more exchanges. I was terrified that they would find something in my medical records that would disqualify me, but everything checked out. Less than a month later, I was sitting in a wheelchair at the airport, ticket to Nicaragua in my hand, waiting to be wheeled onto a plane.

It occurred to me that this entire thing might be a scam, of course. I’d put down a significant amount of money already. I’d looked up Dr. Absalom and his clinic online, but those things could be faked. The entire flight there, I mentally prepared myself to arrive and discover that the clinic, the doctor, the procedure were all fictitious, that I had been duped. It would be a crushing blow, but I had to take the chance.

To my great relief, there was a car waiting for me at the airport and a driver with my name on a sign. He took me to the clinic where the doctor himself was on hand to greet me. His manner was warm yet professional, and dispelled the last of the doubts I was having. This was no scam. A risky and untested procedure, yes, but a legitimate one.

The doctor checked me over briefly, confirming that all was as I had said. Once satisfied, he told me, “We will begin the procedure tomorrow morning. You understand that this is very high risk, yes? I know that you have signed the papers, but I want to impress this upon you. This is new. This is experimental. You are taking a great chance.”

I opened my mouth and worked my jaw for a second before the words would come out. “I know,” I eventually managed, barely understandable even to myself. “I need this.”

Dr. Absalom nodded. “Then I will restore you.”

I slept little that night, the unfamiliar room and the anticipation conspiring to keep me awake. I was awake when the grey light of pre-dawn began to brighten the room, and eagerly ready to go when the nurses came to fetch me hours later.

They wheeled me into an operating room full of bright lights and gleaming steel. “Sleep now,” the anesthetist said, applying a transparent plastic mask to my face. Cool air flowed across my lips, and I breathed deeply. I would wake up whole—or not at all. I was fine with either option.

The next thing I remember is another bright light, the natural light of the sun streaming through the window of my hospital room. I had needles taped into my veins and tubes connected to my nose. Lines ran to nearby machines and IV bags, and when I reached up to touch my head, it was covered in bandages.

“Leave that alone,” said a nurse in a friendly tone, entering the room. “You’ve got a lot of healing to do.”

I was touching the bandages with my left hand. It was moving under my control, each finger independent. The motions were clumsy, but for the first time in half a year, I believed that I might regain my body.

My progress over the next week was remarkable. I could hold a glass of water in my left hand that first day. The muscles were incredibly weak, atrophied from months of disuse, but they were functional. I could chew food without worrying about whether the left side of my mouth was hanging open. I still needed my cane to walk, but every day I could feel that I depended on it less and less. Whereas before it had served to hold up an entire side of my body, now it was mostly there as a safety measure in case I tried to do too much at once.

And I did. I wanted to run, to shout, to sing. The nurses had to constantly tell me that I’d done enough, that it was time to take it easy again. Even so, I could see the wonderment in their eyes. Dr. Absalom’s procedure had done everything it promised and more. It truly was the closest thing to a miracle I could imagine.

After just four weeks, I shook the doctor’s hand as I said goodbye.

“Thank you, Dr. Absalom,” I said, clearly and without slurring. “What you’ve done is amazing. You’ve saved my life.”

I left my cane leaning against the wall of my room. I didn’t need it anymore.

And if the story ended there, I’d still be singing the praises of Dr. Absalom’s miracle cure. To be fair, my body still works completely fine. The donor lobe does everything it was supposed to, except for one thing.

It started small, a few weeks after I got home. I started to notice a small hesitation between when I would reach for something with my left hand, and when it would happen. A microsecond, not noticeable to anyone else, I’m sure. But I noticed, and it disturbed me.

It progressed from there. I would occasionally stumble while walking, as if my left leg hadn’t gone precisely where I’d intended it to go. I’d jar myself when sitting down, the two sides of my body not quite agreeing on the motion. Minor things, and still leagues ahead of where I’d been before the surgery, so I tried to dismiss them and count my blessings.

Then words started creeping into my speech that I hadn’t meant to put there. They still worked in the context. I would say things like “I’m well” instead of “I’m fine.” I knew what words I had meant to say, though, and it was alarming to hear words I had not thought coming out of my mouth.

I went to email the doctor then, and that was when the rebellion truly started. The left side of my body shut down. Not limp like it had been before, but locked up, every muscle rigid and refusing to move. I tried desperately to relax, but to no avail. I was not in control.

Terrified, I staggered to the computer, falling clumsily into the seat. I opened my email and began typing with my right hand, my left side still frozen stiff. Two sentences into the email, though, the screen went black.

Confused, I looked around, only to find my left hand on the power button of the computer. My hand reached up in front of my face and tapped me lightly on the nose.

I frantically tried to form words, to reassert control, but it was like the entire left side of my body had just vanished. I could not even blink my left eye.

My mouth curved slowly into a smile. “Calm down,” my voice told me. My right hand twitched, a spasm I could not control.

“I’ll be fully in control soon.”

That was last week, and true to its promise, I have been less in control with every passing day. It smiles with my mouth, touches with my hands, walks with my legs. I am carried along as a helpless passenger in my own body.

The only time I have any control is when it sleeps. Even then, I am back to where I was before the procedure: a near-useless left side, dragged painfully along by the right. I have tried for days to take advantage of its sleep, but my clumsy motions wake it, and it easily walks me back to bed.

It took me hours of agonizingly slow movement to get to the computer tonight. I have emailed the clinic, but I am afraid to say too much lest they dismiss me as a crackpot. I did ask them to email me at night, in hopes that I will be the one to see their response email first. If it’s in control when the email comes in, I suspect that avenue will be lost.

I said I would give anything to be whole again. But I didn’t mean this much.