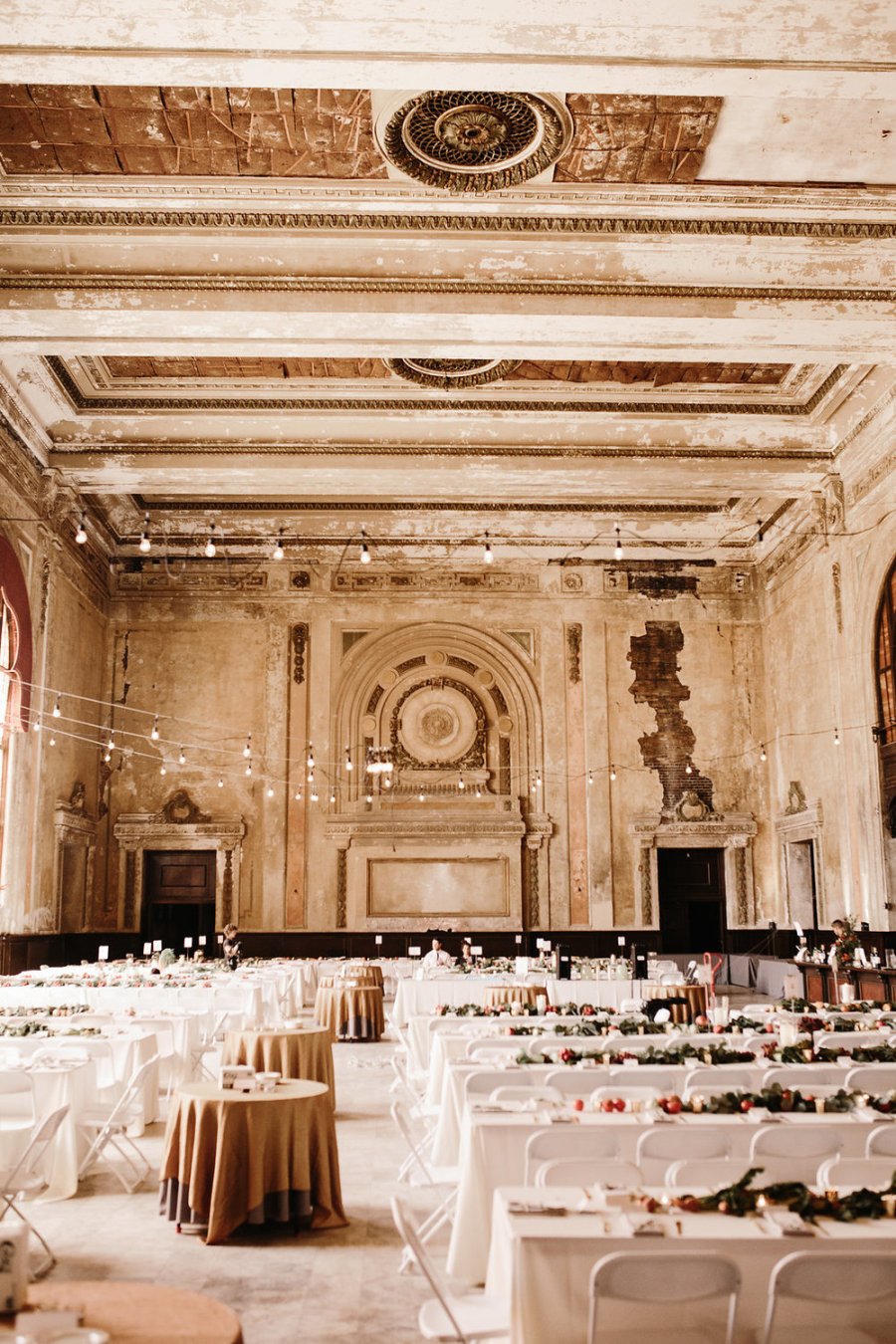 I was supposed to be at my friend’s wedding this weekend. And the thing is, maybe I was there? Only I’m pretty sure it was canceled. I went to the bride’s funeral. But—let me back up.

I knew both Aldin and Petra from college. They met in Intro to Shakespeare sophomore year and hit it off immediately. They were both dramatic types, so their relationship was pretty entertaining for all of us. You know the type I mean, right? Nothing was ever middle of the road. Things were always either fantastic or ruined. Nothing in between.

I guess not everyone finds that stuff entertaining, because a bunch of folks cycled in and out of our circle of friends. But I thought it was like a live action soap opera, and I loved it.

They broke up maybe a half-dozen times before graduation, always with tears and slammed doors and handwritten notes proclaiming betrayal. But they got back together a half-dozen times, too, and when we were all throwing our caps in the air, they had their arms around each other, smiling and laughing and swearing to spend their lives together.

After graduation, I moved out of town and Petra moved in with Aldin. I would’ve thought that moving in together where they were going to be in close proximity all the time would have doomed them. Maybe not having an audience for their drama calmed them down, though. Or maybe I just heard about it less? I don’t know. We still kept in touch online, of course, but it’s not the same as having someone right down the hall in the dorm. As far as I could tell, they both calmed down and were doing great together.

Aldin proposed to Petra on the first anniversary of our college graduation, in this big display. It was super cute. He took her to the movies and got them to play the proposal right before the trailers. The whole theater clapped, Petra cried, it was great. I saw the video afterward.

So I got my wedding invitation a few months later, and obviously I was coming back for that. Petra was posting about wedding stuff on Facebook and Insta all the time, and it seemed like she was going a little bit bridezilla. Aldin was mainly quiet about it, but he’d post pictures occasionally too. It’s not like he wasn’t involved or excited about it. Just that next to Petra, he seemed more reserved. Making Aldin look reserved was no small feat, but Petra was clearly going above and beyond.

I was pretty pumped for the wedding myself. Aldin and Petra were the first of my college friends getting married, which was cool all by itself. It also meant that basically everyone was coming back for their ceremony, so it was going to be a little mini-reunion. Honestly, even Aldin I’d only seen in person once since graduating, and he and I used to be really close. I’d meant to go see people more often, but time slips away, you know?

So I came into town early, at the beginning of last week. I figured I’d catch up on the old hangouts, see people individually as they came into town, and then cap it all off with the wedding on Sunday. Obviously I went to go see Aldin and Petra first. I knew they wouldn’t have a lot of time, but I wanted to say hi.

I was shocked by how Petra looked. She was always thin in college, but like graceful, willowy thin. Now she looked drawn, even frail. I gave her a big hug and tried to hide my initial reaction, but she clearly noticed.

“No, I mean, you look great, just—you doing okay?”

“Yeah, I’ll be fine. Just came down with something a couple of weeks ago. I’m mainly just ticked off that I’m going to be sick at my wedding!”

“Little makeup, you’ll be fine,” I told her. She smiled, and even through the illness she looked radiant.

“I’m not worried about it. Nothing’s taking this day away from me.”

That was Monday. On Wednesday, I got the news that Petra had been rushed to the hospital. She’d collapsed at dinner. They said she’d been coughing up blood. She was unresponsive when they got her to the hospital.

She hung in there for most of a day, getting steadily weaker. I stopped by in the middle of the day to see her. Aldin was there, holding her limp hand. He looked like he’d been there all night.

“Not good. They don’t know what’s wrong. Nothing’s working. I think—I’m afraid—” His voice broke and he clutched her hand for a moment, composing himself. “I’m afraid I’m going to lose her.”

I stayed for a bit, trying to think of helpful things to say or at least be a friendly presence for Aldin. Then one of the machines started beeping and a nurse came in to fuss with her, so I slipped out. I thought about catching an early flight home. The wedding clearly wasn’t going to happen.

Petra died Thursday night. Aldin was in shock. I came to the house as soon as I heard, and he was there, surrounded by family. His staring eyes, his pale face—he looked almost as bad as Petra had.

“Do you need me to do anything for you?” I asked him. “Let people know, call things off?”

“No, don’t call anything off. Let people know, definitely. But I hope they’ll come anyway. We’ll still be celebrating her life this weekend. Not—not how I’d wanted. But they should still be here for her.”

Most people did still come. Tickets were already bought, after all, and plans were set. They held the funeral in the wedding hall, since they’d already rented it. It was a much more somber affair than we’d all been expecting the previous week, but it was still beautiful in its own way. A lot of people shared nice memories of Petra. Aldin gave a really touching speech. Everyone’s heart broke for him. The timing of it all just added to the tragedy of the situation.

We buried Petra after the ceremony. A few of us went out for quiet drinks just to reminisce for a bit, but there really wasn’t much else to say. I had a redeye flight home, so after the bar I caught a ride to the airport, hopped on my plane and settled in for the trip home.

Suddenly, I wasn’t on the plane anymore. I was back in the wedding hall, only it was actually decorated for a wedding this time. Aldin was standing at the altar looking fantastic in his tuxedo. His groomsmen were lined up behind him. They were all smiling, but Aldin looked slightly confused, like he wasn’t quite sure how he’d gotten there.

The bride’s processional started playing, and I rose to my feet along with the rest of the guests, turning to the back of the hall. Petra came walking down the aisle, one stately step at a time. Her gown trailed behind her, cascading down like a snowfall. Her veil covered her face, but I could see her eyes fixed straight ahead, locked on Aldin.

I heard a strangled yelp from behind me and half-turned to see who made it. At the altar, Aldin was struggling in the grip of two of his groomsmen.

“Let me go!” he hissed. His whisper carried through the vaulted hall, and more heads turned to look. “Guys, come on! Let me go!”

“No chance, Aldin,” came an answering whisper. I turned back. Petra was much closer to me now, and I could see details I hadn’t before. The flowers in her bouquet were wilted and drooping. The hands that held them were skeleton-thin. In places, Petra’s skin was torn, revealing dessicated muscle and the occasional glimpse of bone. Beneath her gossamer veil, her face was rotted and decaying. But her eyes burned bright, pinning Aldin with her gaze.

“You promised me this, Aldin.” The whisper carried over the music, and she took a measured step forward.

“You proposed to me.” Another step. Her bridesmaids moved in time, smiles locked on their faces. Their eyes were wide with terror.

“You let me believe.” Step. I tried to move, and couldn’t. All I could do was watch.

“You poisoned me, Aldin.” Step. She was at the foot of the altar now, just one small step up separating her from Aldin. He stared in fear, still writhing against the iron grip of his groomsmen.

“You killed me.” Step, and she was in front of him. Aldin opened his mouth to say something, but she placed one thin finger against his lips.

“Nothing’s taking this day away from me.” She took the back of his head in one hand. With the other, she slowly reached up and lifted away her veil.

I woke with Aldin’s scream echoing in my head. Apparently I screamed as well, as my seatmate was staring at me and a flight attendant was rushing over. I apologized and told them I was fine, and we laughed it off.

That was Monday. I’ve been trying to reach Aldin since then. No one’s heard from him. And yeah, maybe he’s just taking some time alone, which would be pretty reasonable—except I heard that Petra’s parents are having her exhumed for a tox screen, and everyone just seems a little more worried about him than you’d expect.

I kind of just want to ask if anyone else had the same dream. Or if everyone else did. But then again, I don’t know that I really want the answer.